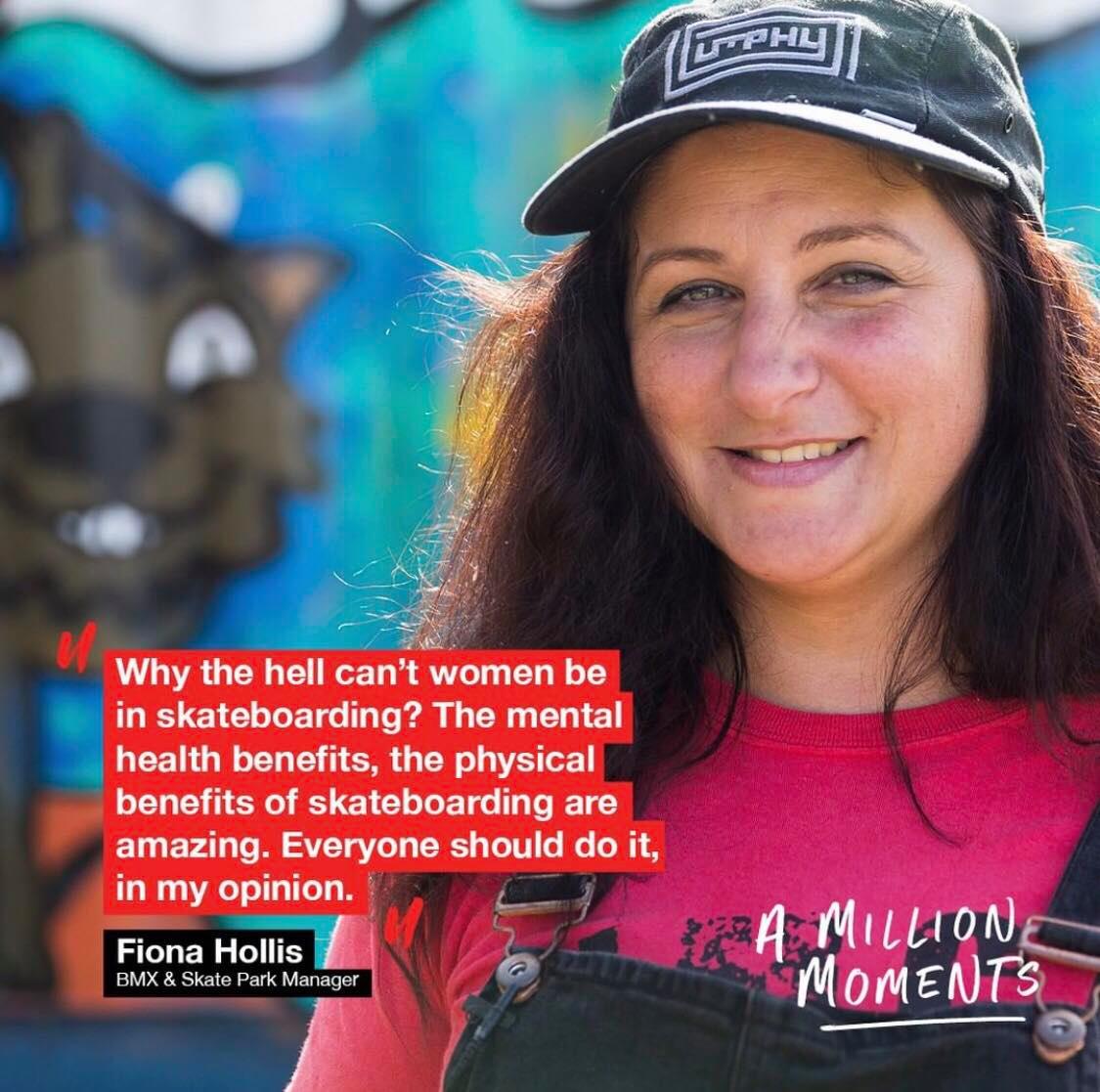 The value of a strong role models and mentors in shaping the lives of young people cannot be underestimated. That’s why finding and engaging inspiring women and men is so important to the Y and its many programs. Fiona Hollis is just one of the countless role models that assists the Y in their goal of creating inspired young people through her role as the manager of the Y-run Knox Skate Park in Melbourne’s East.

Fiona’s passion for skating and involvement with the Y emerged in 2017 after she brought her son down to the skate park she now manages and quickly fell in love with the sport. “I love watching people skate. It’s amazing, like a dance,” says Fiona.

Fascinated by the sport of skating and the community that existed at the park, Fiona knew instantly that she wanted to get involved. She started our working barbeques for events at the park before moving onto teaching skate classes whilst still learning to skate herself.

Fiona played a key role in promoting these skate lessons, driven by a genuine belief in the power of skating and the skate community in inspiring disenfranchised youth. It’s no surprise that Fiona’s passion and dedication to the skate park saw her promoted to park manager within 6 months.

Fiona also launched monthly skate clinics for girls, providing an opportunity for young women who are often deterred by the intimidating male-dominated environment, to give skating a try. “Female representation in skating is very important,” says Fiona.  “Why the hell can’t women be in skateboarding? There should be as much opportunity for girls as there is for boys.”

The Knox Skate Park is just one of many community facilities that the Y draws upon to reach out to Australia’s disempowered youth, and Fiona is just one of the countless individuals whose passion and care is making a real difference. Fiona’s story is special, but what make it even more special is that hers is just one of a million moments of genuine impact that have been nurtured by the Y across Australia.